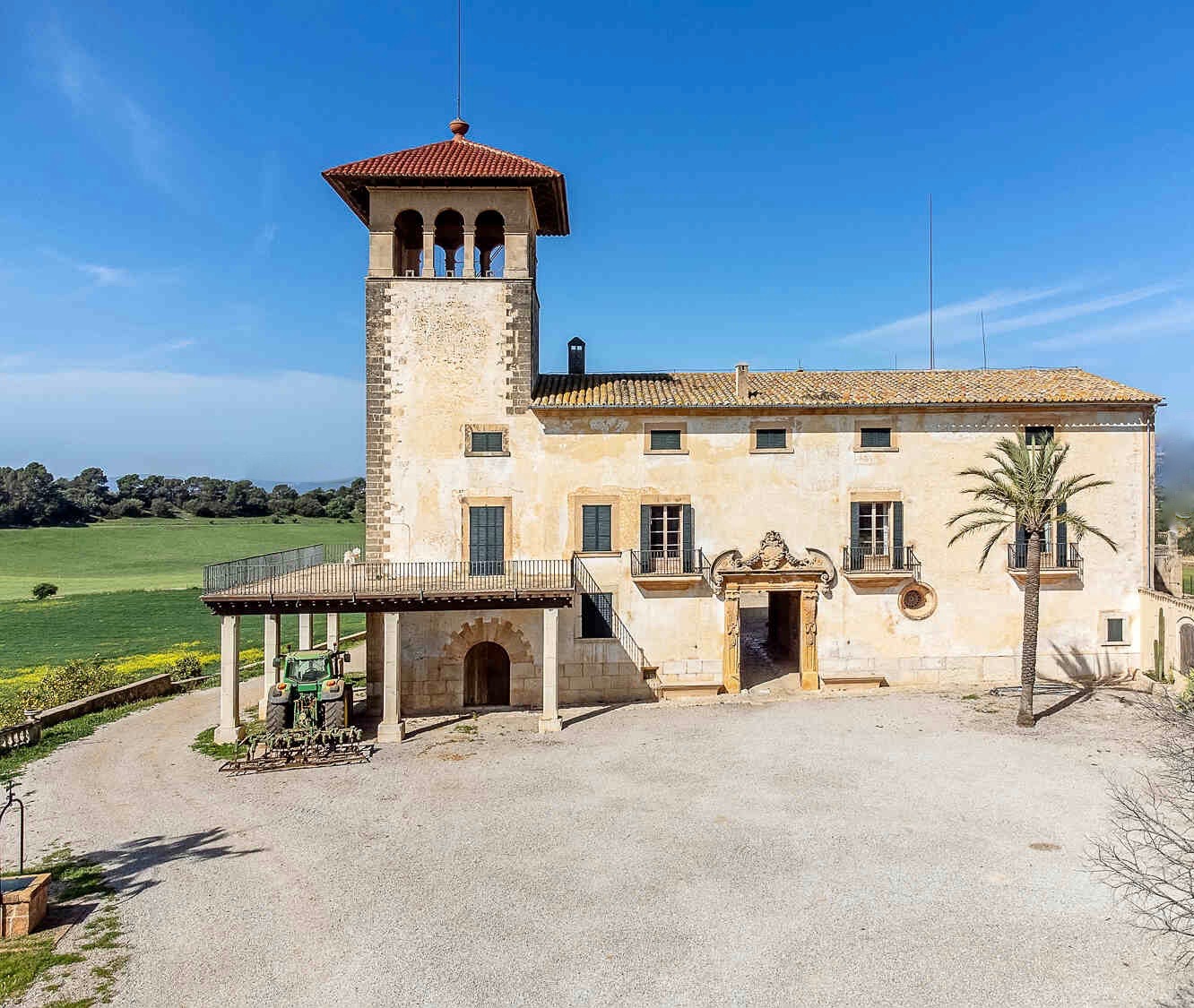 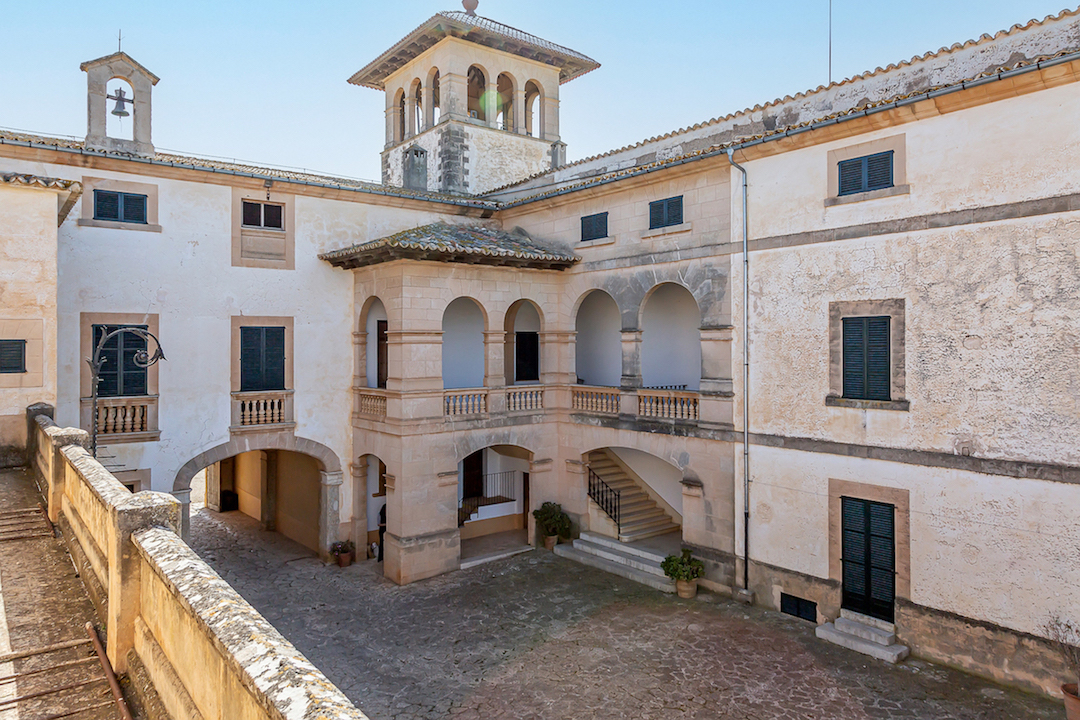 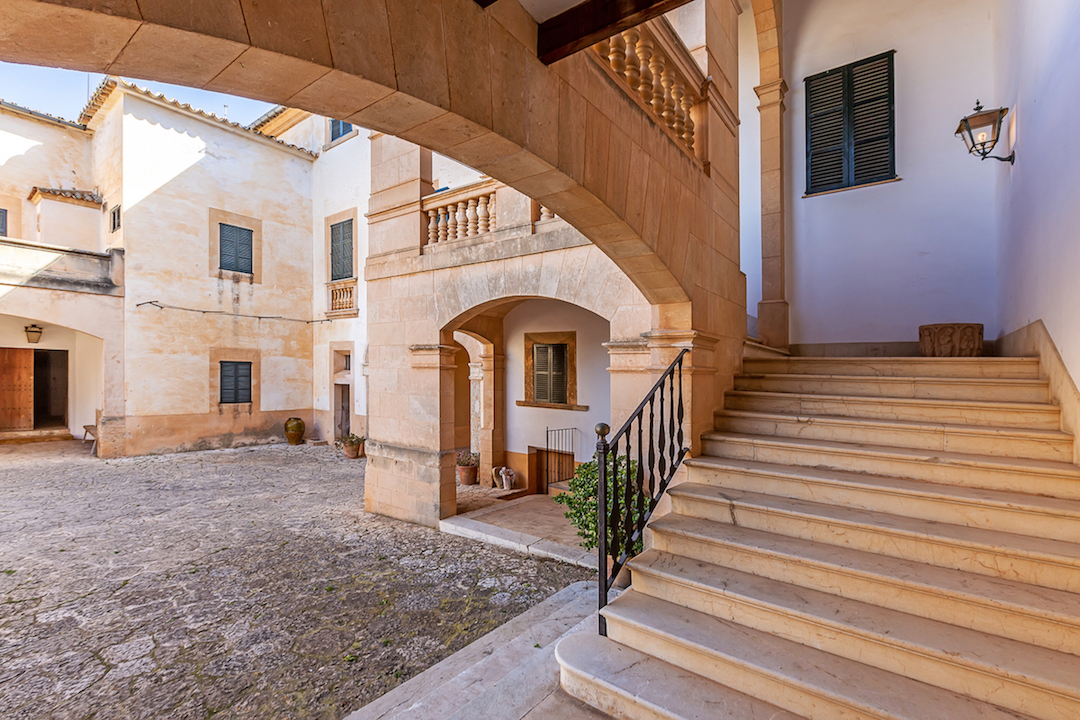 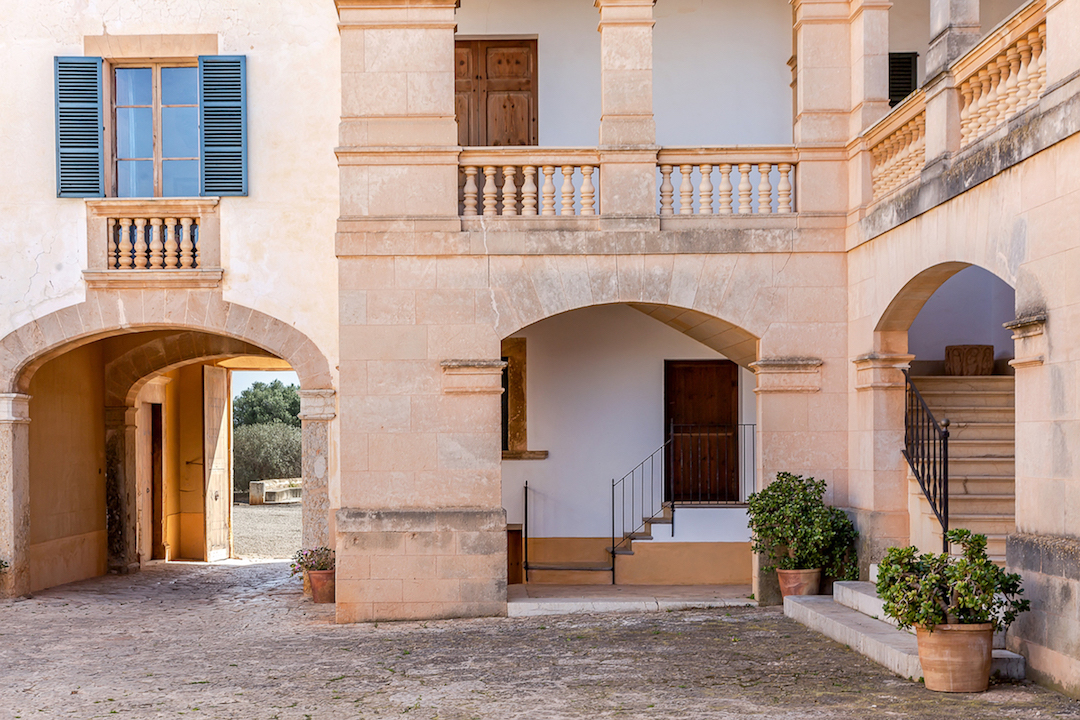 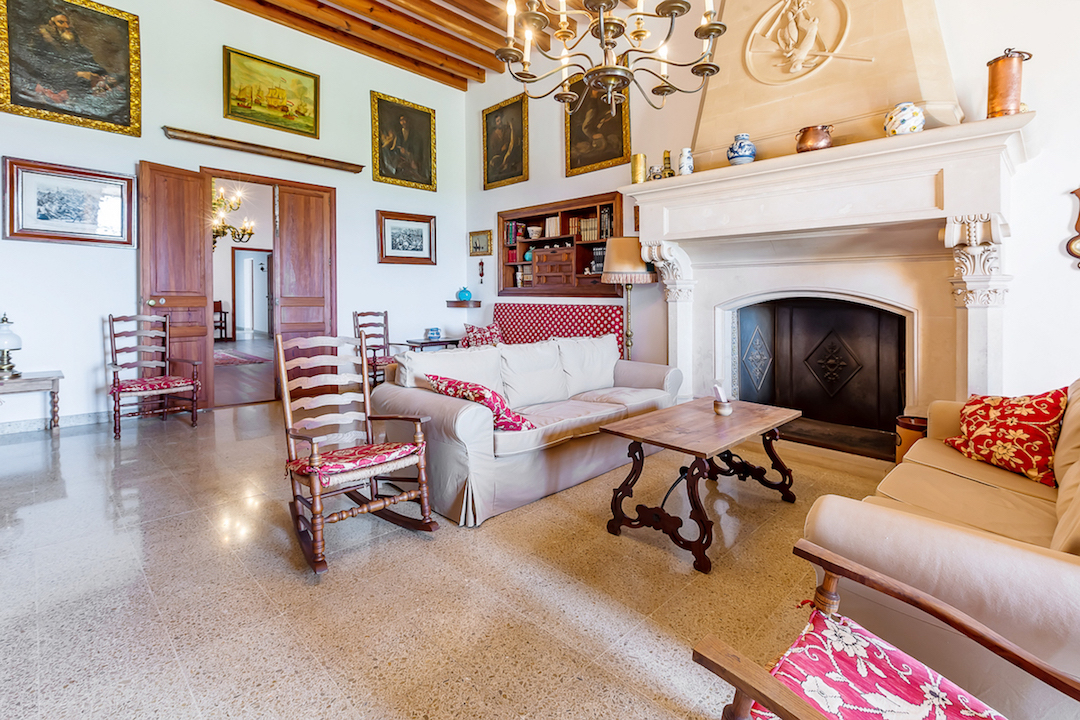 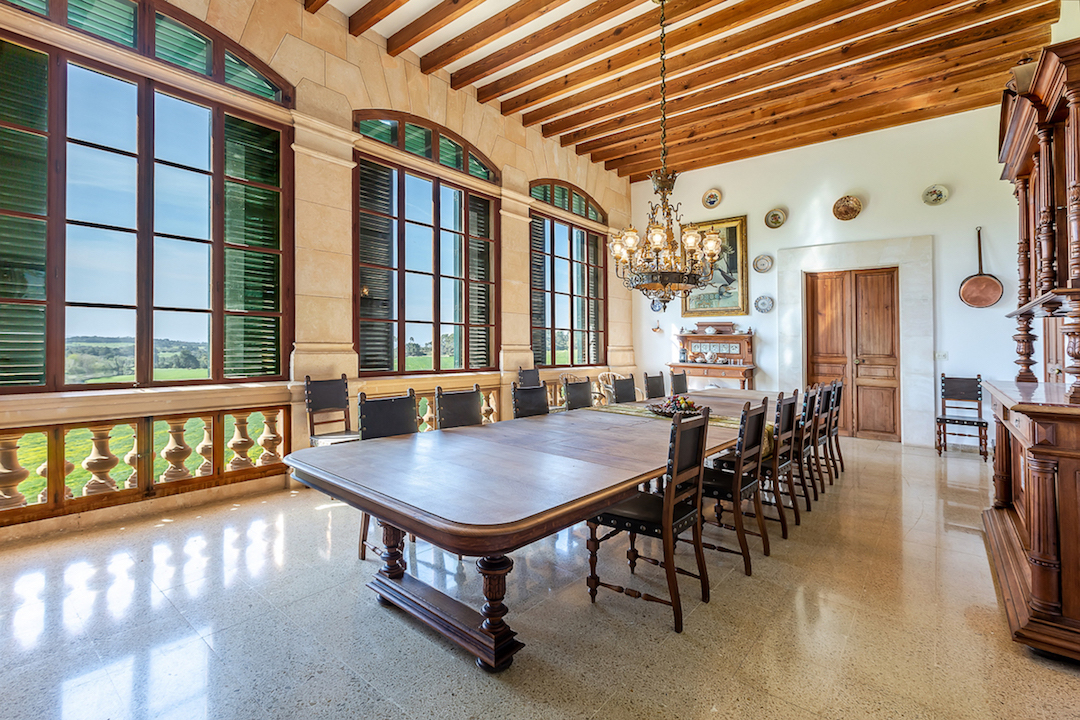 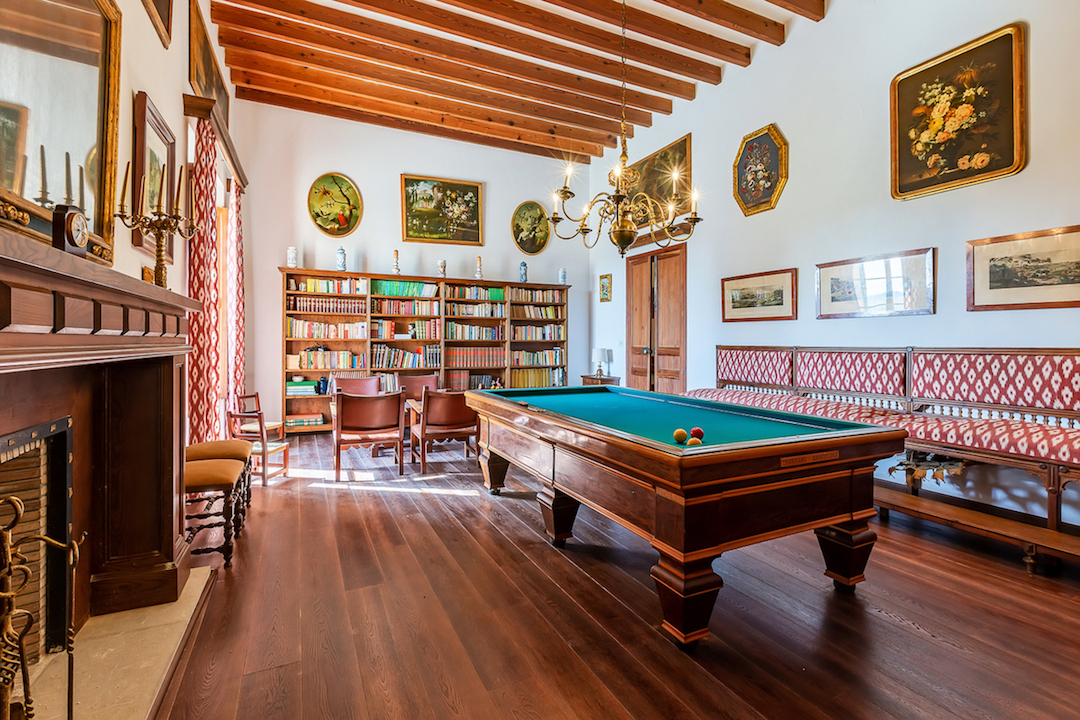 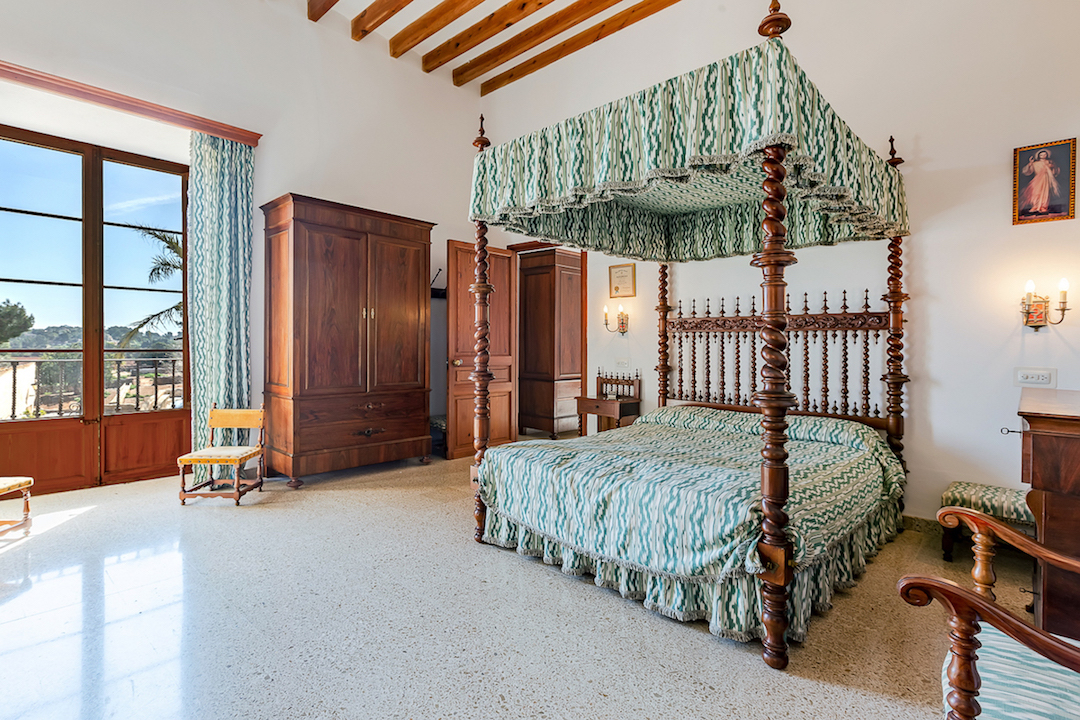 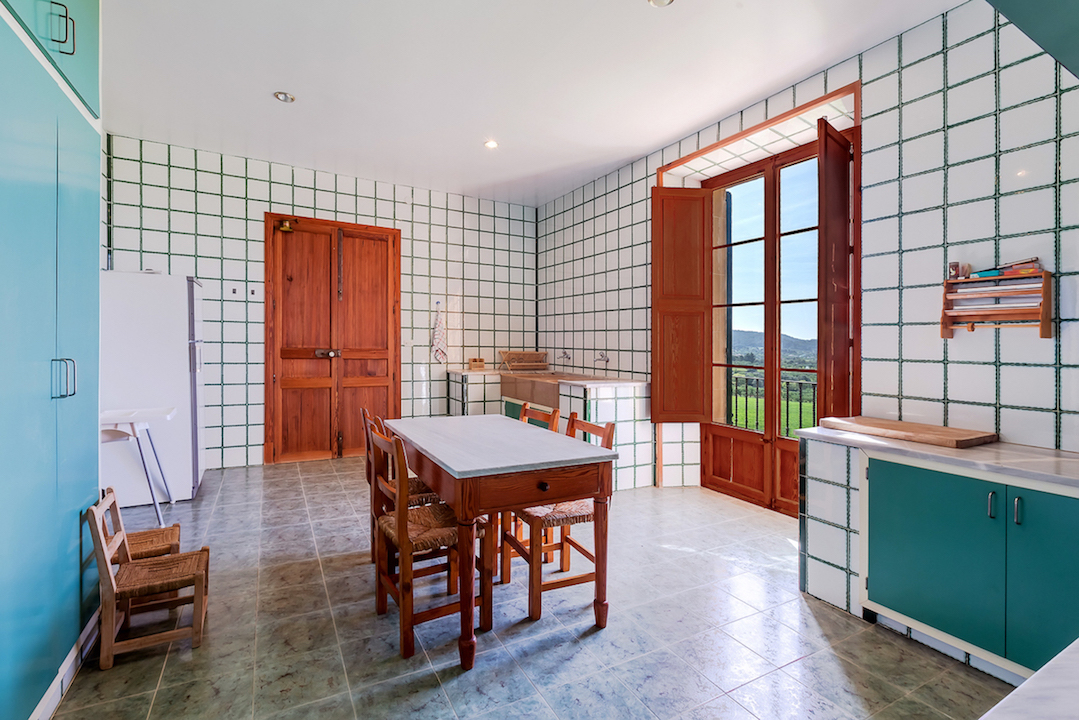 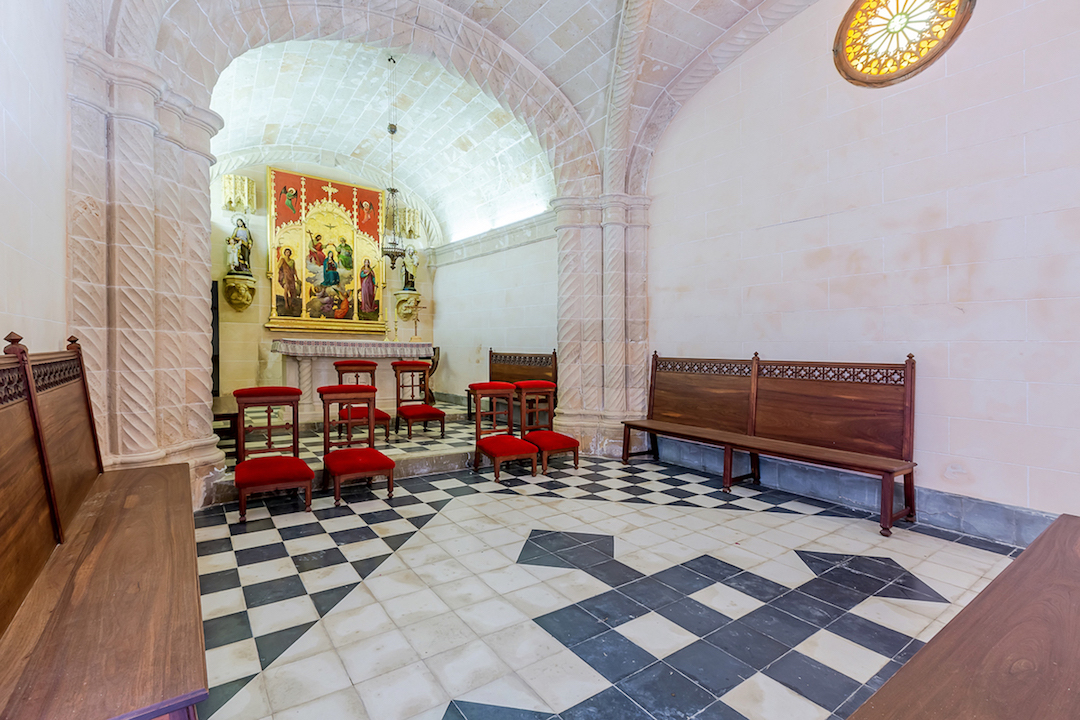 This imposing Estate is composed by a rustic farm on a flat land intended for the cultivation of cereals, almond trees, carob trees, citrus orchard and other fruit trees and a small pine forest area with a total area of ​​900.000 m2, almost all of which are fenced with a high stone wall or low wall and metal net.

There is an impressive set of buildings made up of different bodies; In addition to other buildings, it should be noted that most of them are located in the surroundings of the “Clastra” or main patio, an especially beautiful and characteristic place in Majorcan “Possessions”: more than 5,500 m2 are built. Among them we highlight: the house of the Lords, the house of the Master, the Chapel, old mill, stables, hayloft, barns, warehouses. There are other buildings far from the main complex such as chicken coops, guard house, shepherd’s house, old sheepfold, house for the staff, warehouses, stables, pigsties, orchard houses, and the “sestadors” destined to shelter the sheep.

Through pipes it reaches a large tank located under the main house, from which it is distributed to existing tanks in the tower and the rest of the rooms. Besides, there is a cistern to store rainwater that is in the courtyard of the Master’s house.

The area where the houses and other dependencies are located stands out like a small hill. It has slopes from medium to smooth until reaching large areas that are quite flat and characterized by having a subtropical Mediterranean climate.

The general environment is rural, although being very close to Palma it has very good connection and transport (motorway, railway network,…) For daily commercial activities you can go to Santa María, Sa Cabaneta or shopping centers located in Festival Park or Alcampo, Marratxí’s and Son Castelló’s Polígono, Palma capital, etc…

This impressive “Possessio’'” was already documented in the year 1488. The main building has a square floor plan with two and three floors, an interior clastra, which is accessed through the “portal forà”, with a vaulted entrance and a unique baroque entrance, topped with the family coat of arms. The tower, on the left looking straight ahead, with a four-sloped roof supported by wooden beams, constitutes a magnificent viewpoint from which you can see an unobstructed view of the Sierra de Tramuntana, the bay of Palma and the Llano. To the right of the entrance of the Clastra we find the Baroque-style chapel, with vaults and a barrel vault.

During some years of the 20th century, more than 200 people worked on this farm. It was the time when lavender production was at its peak. Nowadays, cereal is grown for the consumption of the farm’s own sheep, together with a large production of almonds and carob beans.

For further details please get in contact using the form at the bottom of this page.

We use cookies to offer you a better browsing experience, personalize content and ads, provide social media features, and analyze our traffic. You can read more about how we use cookies and how you can control them by clicking Cookie Settings. Read More Cookie settings ACCEPT
Manage consent

This website uses cookies to improve your experience while you navigate through the website. Out of these, the cookies that are categorized as necessary are stored on your browser as they are essential for the working of basic functionalities of the website. We also use third-party cookies that help us analyze and understand how you use this website. These cookies will be stored in your browser only with your consent. You also have the option to opt-out of these cookies. But opting out of some of these cookies may affect your browsing experience.
Necessary Always Enabled
Necessary cookies are absolutely essential for the website to function properly. This category only includes cookies that ensures basic functionalities and security features of the website. These cookies do not store any personal information.
Non-necessary
Any cookies that may not be particularly necessary for the website to function and is used specifically to collect user personal data via analytics, ads, other embedded contents are termed as non-necessary cookies. It is mandatory to procure user consent prior to running these cookies on your website.
SAVE & ACCEPT